Chicken Kalmi Kabab is a popular snack or an appetizer in Indian cuisine, and it belongs to the most delicious Mughlai Cuisine. Fresh Raw Chicken near me is marinated and then cooked in tandoor/oven in skewers, and this is served with lemon wedges, onions, and coriander & mint Chutney. Several freshly ground Indian spices spice the yogurt used to marinate the chicken. The drumsticks are usually served with onions and Indian bread like Naans, Roomali Roti, and you can even have them as a snack.

Chicken Kalmi Kabab is an appetizer and is one of the famous Mughlai dishes and is the most loved starter for any occasion or party. Looking at the history pages, you will find that the Kabab was part of the Indian Royals’ daily menus in the early 1200 AD.

According to the famous Moroccan traveler “Ibn Battuta,” the Afghan monarchs played an important role in bringing Mughlai cuisine to Indian Cuisine. Nowadays, Mughlai cuisine is a very famous cuisine not only in India but Globally.

The term Kabab is used for various grilled meat preparations in the Middle East, Muslim and American English, and India. Almost all the  Kabab dishes are cooked in an open fire in the Middle East but are usually cooked in a tandoor or an oven in our Indian kitchens and restaurants. Yummy Chicken Kalmi Kabab are cooked with Online Fresh Raw Chicken Leg Pieces.

To make this delicious recipe, you need a lot of patience and time, and culinary skills since it requires a lot of effort, and if you cook it, keep in mind all the steps and give all the steps the appropriate time it requires; you can make the best recipe. The ingredients you need to cook Chicken Kalmi Kabab are 6 Fresh Raw Chicken Legs,  1/2 cup Hung Curd, Fresh cream, Finely chopped Ginger & Garlic, Lemon Juice, Turmeric Powder, 2 tbsp Cashew Paste, Cumin Powder, Garam Masala, red chili powder, black pepper powder,  butter, and salt to taste.

During the first marination, you need to take the clean and washed Fresh Raw Chicken legs after drying them and then prick them with a fork. Then add ginger, garlic, and green chilies paste to the pricked chicken leg pieces and add some salt to taste and mix them thoroughly. Let it marinate for 1 hour.

Now we will marinate the chicken for the second time. We will take a pan and add all the dry spices to the pan like coriander seeds, cloves, green cardamom, cinnamon, black pepper, cumin seeds,  and roast all these dry ingredients together on a medium-low flame till they have started releasing the aroma and their oil have changed the color and then cool these ingredients and grind them together and make a powder. Put this powder in the bowl with the other ingredients like hung curd, cashew paste,  ginger-garlic paste, Chili paste, salt, pepper,  red chili powder, marinated chicken pieces, and mix it well. Let the chicken marinate for 3 hours and, if possible, overnight for better results and taste in a refrigerator.

To cook the chicken, first, bring it to room temperature, take a nonstick pan, heat some butter in it, and add some oil to burn. Now, place the marinated chicken on top of it and shallow-fry it on high heat until the underside is a rich golden color.

Cook until browned on the opposite side on high heat. Cook for 10-15 minutes on medium heat, and while cooking, cover the pan with the lid and cook it on low heat. Slow cooking will make it even more delicious. Alternatively, the chicken can be cooked/roasted in an oven/tandoor. You can also cook it in the oven at 160 degrees for 20 mins and make sure while cooking you are basting the chicken with butter.

Serve Kalmi Kabab with Pickled Onions and Dahi Pudina Chutney as a party starter. You can also serve it as a side dish with bread pieces and enjoy the dish as a starter.

There are two reasons why Online Rohu Fish is used a lot in cooking fish dishes, especially by the Bengalis. Today this article speaks about the same. We will be sharing some exciting facts about Fresh online Rohu fish. Rohu Fish has delicate flavors and is enriched with high levels of nutrition. It’s a rather […] 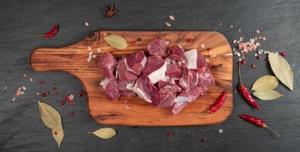 How to Cook a Perfect Mutton Rara at Home| Giggs Meat

People love the most succulent and tender meats in biryanis and curries; Mutton is usually associated with very tender beef that falls off the bone. However, it requires perfect cooking and accurate timing to cook Mutton, or else you may end up with dry and stringy pieces. Today in this article, we will share some […] 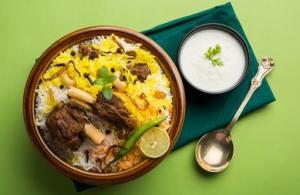 Lamb Biryani is a perfect dish that comes to everyone’s mind when it’s a festival or any occasion or a gathering at home. Lamb Biryani, of course, is a must-have in your party menu!  Hot, spicy mutton biryani with raita, Mirchi Salan, and sizzling kebabs are so tempting to resist that you can stop eating […] 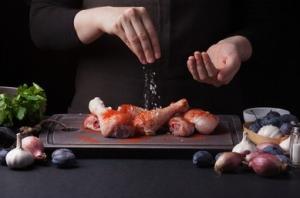 The Bond Between Chicken and Spices – Giggs Meat

Since the dawn of time, spices have been used for cooking, and they are considered the best friend of Raw chicken online when you are cooking an Indian dish especially. Even though they are mainly used for flavouring and colouring the dish, it’s essential to use the spices in appropriate quantities not to overpower the chicken. In […]

One of the most versatile forms of Online Raw Chicken is Chicken legs. Many dishes can be made from these Chicken Tangri, and these dishes will leave you wanting more and more all the time and today, in this article, we will talk about a few fantastic dishes and how they can be cooked to perfection. About Raw Chicken […]

Chicken is a trendy dish among every age group & this white poultry meat is very simple looking but comes with a rich source of proteins and other health benefits. We can’t deny, but today, we hardly find the pure one Fresh Raw Chicken Online, i.e. without any chemicals & added preservatives, and with the hygienic […]